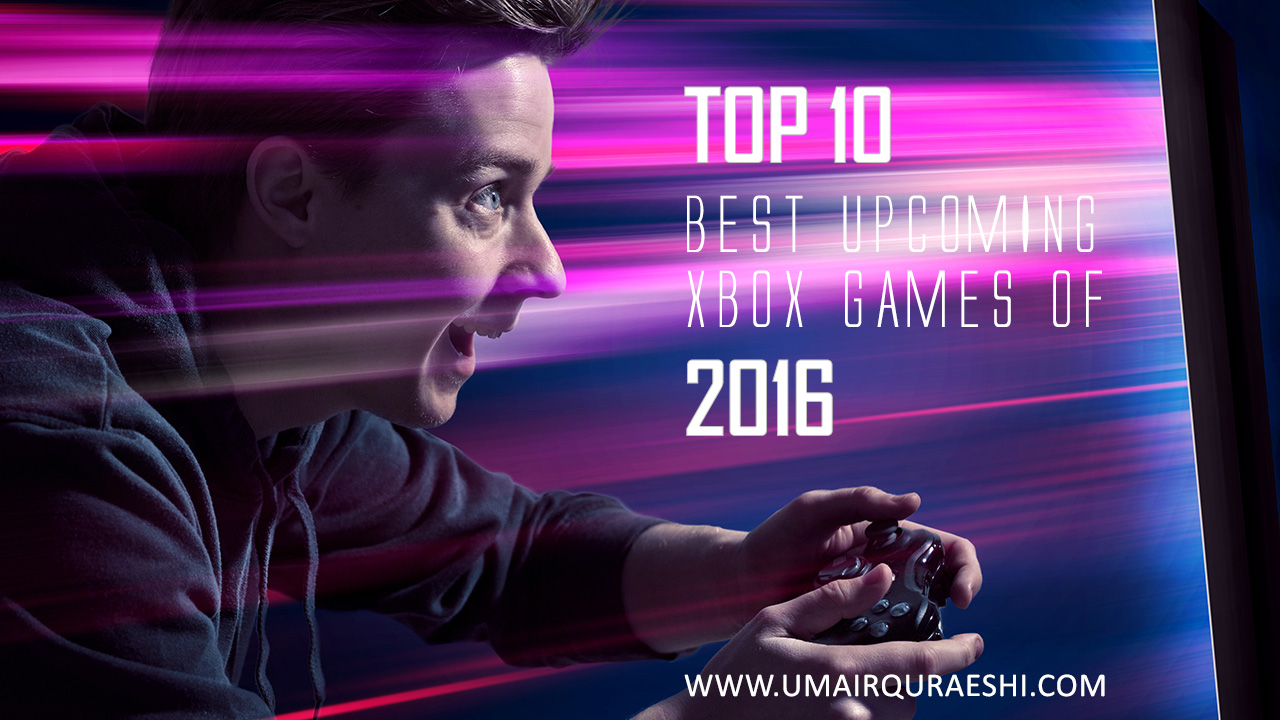 What a year 2015 was for us video gamers, from Grand Theft Auto V, Metal Gear Solid V: The Phantom Pain, The Witcher 3: Wild Hunt, to Life Is Strange, Battlefield Hardline, Need for Speed, and a lot more exciting games. The way gaming industry is progressing, I think 2016 will be an even more exciting year. So here’s my list of top 10 best upcoming Xbox games of 2016 which I’m keenly looking forward to getting my hands on.

There’s not much gameplay info about Recore but the announcement trailer itself was so cool that I’m really looking forward to the release.

Recore is an action-adventure video game, and is designed by Comcept and Armature Studio. It will be released for Xbox One and Windows 10 within 2016.

I’ve never really been a fan of 2D games but Unravel has really changed my mind. It’s one of the cutest and most intriguing game, to be launched by Feb 2016.

Published by Electronic Arts, Unravel is puzzle platform video game developed by Coldwood Interactive. I love puzzles, so I’m excited for Unravel to come out.

Final Fantasy XV is an action role-playing video game. It’s being developed and published by Square Enix for the PlayStation 4 and Xbox One platforms. FF XV is scheduled to be released within 2016.

Far Cry franchise has been growing since the first game was launched back in 2004. The game puts players in exotic open world environments, such as the Himalayas or the plains of Africa, but the latest release Far Cry Primal give us a chance to experience the Stone Age.

The official trailer had amazing graphics, and the gameplay looks solid. An action-adventure video game that’s developed by Ubisoft Montreal and published by Ubisoft. It is set to be released in 2016, for the PlayStation 4, Xbox One, and Microsoft Windows.

Yet another first-person action-adventure video game developed by EA DIC and published by Electronic Arts, Mirror Edge Catalyst is actually a reboot of 2008’s Mirror’s Edge. It’s scheduled to be released somewhere around May 2016.

What’s most fascinating about this game is the gorgeous futuristic city called Glass. Mirror’s Edge Catalyst is aimed for Microsoft Windows, PlaySTation 4, and Xbox One platforms.

Having played and finished the first two Mafia games, 2K Games finally brings out the 3rd installment in the infamous Mafia series.

Similar to the previous two releases, Mafia III is also an open world third-person action-adventure video game. It’s developed by Hangar 13, published by 2K Games, and is scheduled to be released within 2016 for Microsoft Windows, Mac OS X, PlayStation 4, and Xbox One.

From what I’ve seen in the trailers and gameplays, it’s going to be a yet another thrilling game in the Mafia series.

One of the most progressive franchise that’s sold more than 8 million units to-date.

I played and completed the last installment “The Hitman Absolution” and have since been aching for Square Enix to come out with the new Hitman game. And they’re finally doing just that.

Simply called Hitman, the sixth entry in the series is set for 2016 release. The official trailer is just amazing to watch (I’ve watched it many times). Hitman is an action-adventure stealth video game to be published by Square Enix and developed by IO Interactive for Microsoft Windows, PlayStation 4 and Xbox One.

From the Rainbow Six series to the Splinter Cell series, the Tom Clancy’s gaming franchise is one of my favorites. The upcoming Tom Clancy’s Ghost Recon Wildlands is an open world tactical shooter video game which is developed by Ubisoft Paris and published by Ubisoft. It’ll be for the Microsoft Windows, PlayStation 4 and Xbox One platforms.

Ghost Recon Wildlands is the first open world game in the Ghost Recon series. The trailer was an absolutely awesome treat for me, with some very realistic graphics, background track, and the peek on the actual gameplay.

One of my most anticipated games of the year is Tom Clancy’s The Division. My jaws opened wide when i first saw the announcement trailer. Amazing trailer, amazing gameplay, and most importantly amazing concept.

Being and online-only open world third-person shooter role-playing video game, The Division is developed and published by Ubisoft in conjunction with Red Storm Entertainment. The game will be released within 2016 for Microsoft Windows, PlayStation 4 and Xbox One.

Here it is….. my number choice of the most anticipated game of 2016; Quantum Break.

It’s yet another third-person shooter action game but the storyline and gameplay is revolutionary in my view. You’ll play as Jack Joyce (casting Shawn Ashmore of The Following and X-Men fame), a person with time manipulation powers in a world where time stutters that makes everything freeze but Joyce.

Quantum Break will feature digital episodes that interact with the game based on the player's choices. The game is is being developed by Remedy Entertainment and published by Microsoft Studios for the Xbox One.

3 More Games to look out for

Check out the official trailer below, and you’ll also love it. Dishonored 2 is a sequel to Dishonored and is going to be an action-adventure stealth role-playing video game. It’s developed by Arkane Studios, published by Bethesda Softworks, and is expected to be released within 2016 for Microsoft Windows, PlayStation 4 and Xbox One.

I love open world video games and after watching the trailer along with the demo gameplay videos of Homefront: The Revolution, I’m quite looking forward to this open world first person shooter game. It is the sequel to Homefront which had come out back in 2011.

Developed by Dambuster Studios and published by Deep Silver, Homefront: The Revolution will hopefully be released in Q1/Q2 2016 for Linux, Microsoft Windows, OS X, PlayStation 4, and Xbox One.

The trailer is really great, check it out below.

Need for Speed 2015 is an absolute treat