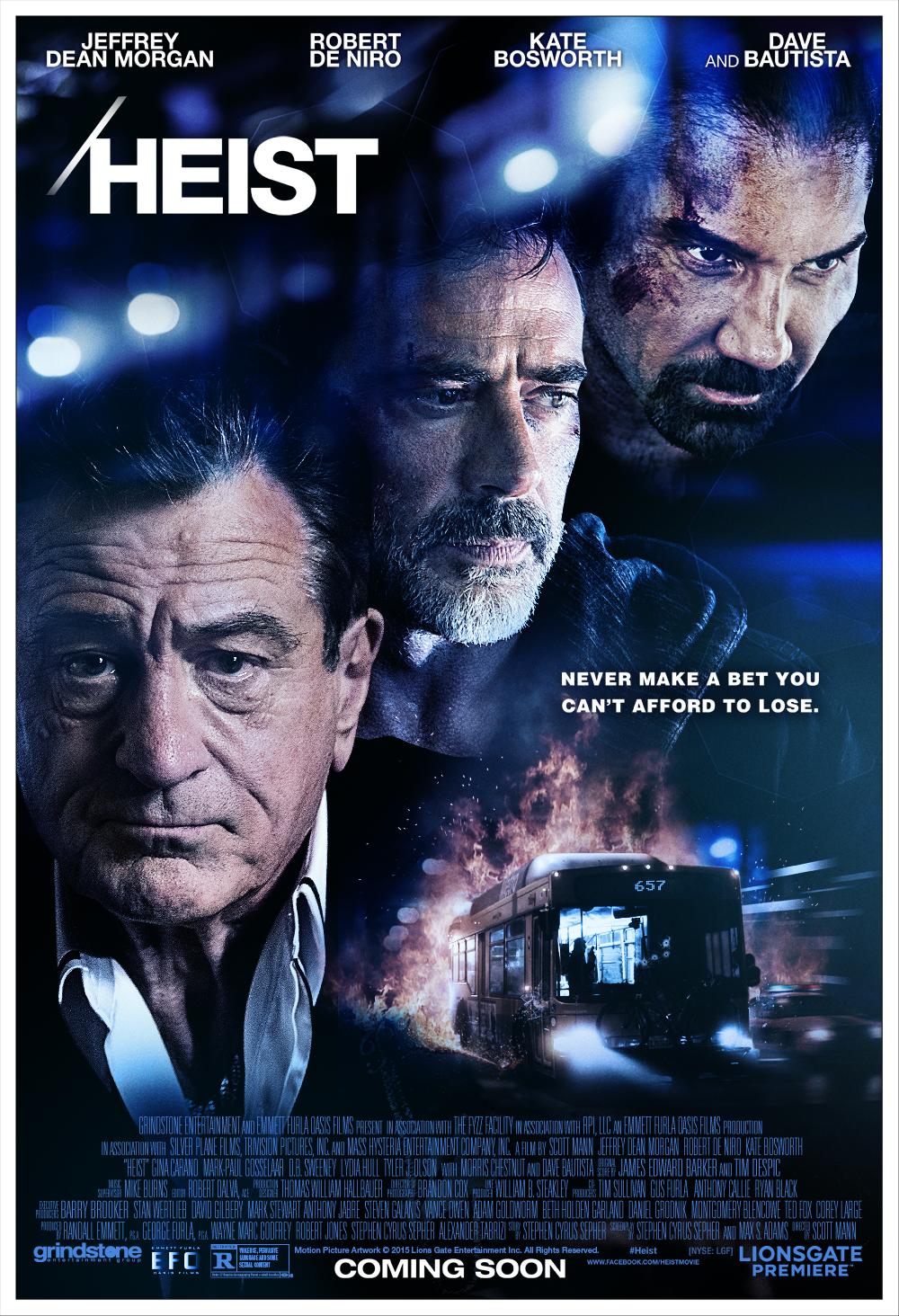 Watched The Heist starring De Niro and was not overly impressed

Ok so for the finale of my long weekend I watched The Heist starring De Niro and was not overly impressed. Even though it was a good paced crime action thriller movie, the story was all cliched and lacked depth.

The cast was good but really under-utilized because of the storyline (or lack of it).

Robert De Niro seemed bored, Jeffrey Dean Morgan (Dean & Sam’s dad in Supernatural…. yeah that’s what I remember about him most) looked thin but performed well, Kate Bosworth and Gina Carano had very little to do. Mark-Paul Gosselaar (of the Saved by the Bell fame) had a small role but gave it a good whole 9 yards, a tad too much in my opinion.

The story was quite simple, a father Luke (Jeffrey Dean Morgan) gets involved in an in-and-out heist to rob a casino owner The Pope (De Niro), in order to get the money to pay for his daughter’s illness.

The plan was orchestrated by another casino employee Cox (Dave Bautista). Things go haywire when they are forced to hijack a bus, are then chased by the cops and The Pope’s goons.

The Heist is a cliched movie with somewhat unnecessary killings. It does have some small twists but overall it’s just a very average action movie. So I suggest you guys watch it when you have nothing better to watch.

Would love to read your comments about the movie.

“Heist, originally titled Bus 657, is a 2015 American crime thriller film directed by Scott Mann and written by Stephen Cyrus Sepher and Max Adams, based on the original story by Sepher.“ — Source: Wikipedia